A forum for general interest information on traffic from around the world, and closer to home.

Straphanger by Taras Grescoe is one the best books I've read in a long while and, funnily enough, I read it on a business trip to Toronto…on the train!  With all modern cities struggling with better ways of designing urban intensification, renewal and public transit, Grescoe's book does an interesting city-by-city examination of how other metropolises are dealing with mobility of their increasing populations.  Easy to read, yet chock full of facts, he manages to develop a journalistic narrative as he hops from country to country exploring transport infrastructure past and present.

Here is the link to the book on the publisher's web site. 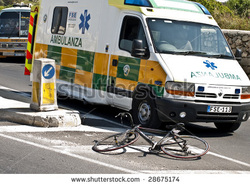 One of the reasons the Transportation Committee is pursuing the 40km/h campaign is because of the direct relationship between the speed of vehicles to the likelihood of fatalities with pedestrians and cyclists.  The OECD 2006 Publication "Speed Management"  found that just a 5% reduction in speed lowered fatalities by 20%.  Here is the link to that source and full document. 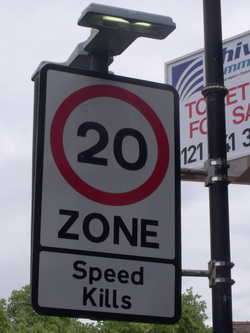 If you think getting our residential streets to have a 40km/h speed limit is a radical idea, consider the "20 Is Plenty" movement in the United Kingdom.  That is about 32km/h.  This organization has successfully lobbied and lowered the speed limits in dozens of cities and towns in the UK.  Britain had 60% higher urban speed limits than the rest of Europe which would make it similar to North America.  It also had the highest level of pedestrian road fatalities.  Their web site contains all kinds of useful info including "myth busting" the standard objections by opponents.  Check them out here.  I'm not sure that "32 is good for you" is as cool as "20 is Plenty" though.

Copenhagen...they said it couldn't be done!!

No wonder the Danes are consistently rated as amongst the happiest people on earth.  In the post war years they too had car culture and rampant congestion.  But they've reversed the trend after careful and methodical planning.  Check out this You Tube video hosted by Mikael Colville-Andersen, Denmark's Bicycle Ambassador. 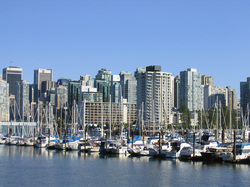 A lot of architects and planners talk about the Vancouver example when singing the praises of intensification around tall airy glass condo buildings.  But that's only part of the Vancouver story.  Apart from a long standing commitment to true regional transit planning, they also have a comprehensive set of traffic calming guidelines here which is far better than what the City of Ottawa offers when you search that section of their site here. Perhaps they need more studies?